In 2017, the St. Clair County Road Commission (SCRC) chose to replace two 70-year-old severely deteriorated steel superstructures with a new press-brake-formed steel bridge superstructure. These existing bridges carry the Marine City Highway, which is the main thoroughfare into and out of Marine City, Michigan for commercial and school traffic. The highway is a two-lane road that handles more than 10,000 vehicles per day. The two bridges included a 25-foot-span steel beam bridge (Structure 4-08) and a 35-foot-span steel beam bridge (Structure 4-09) on a 45-degree skew. 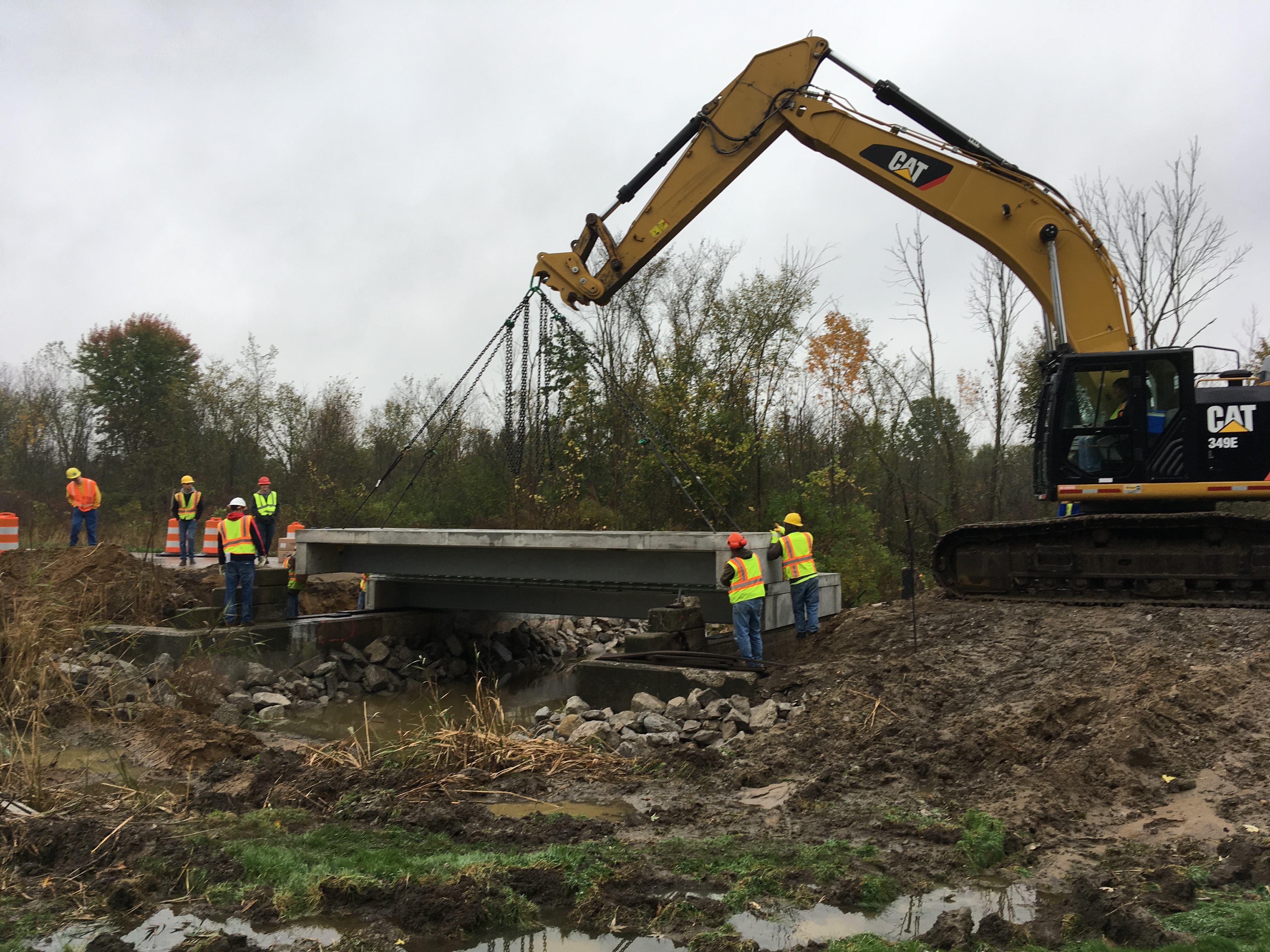 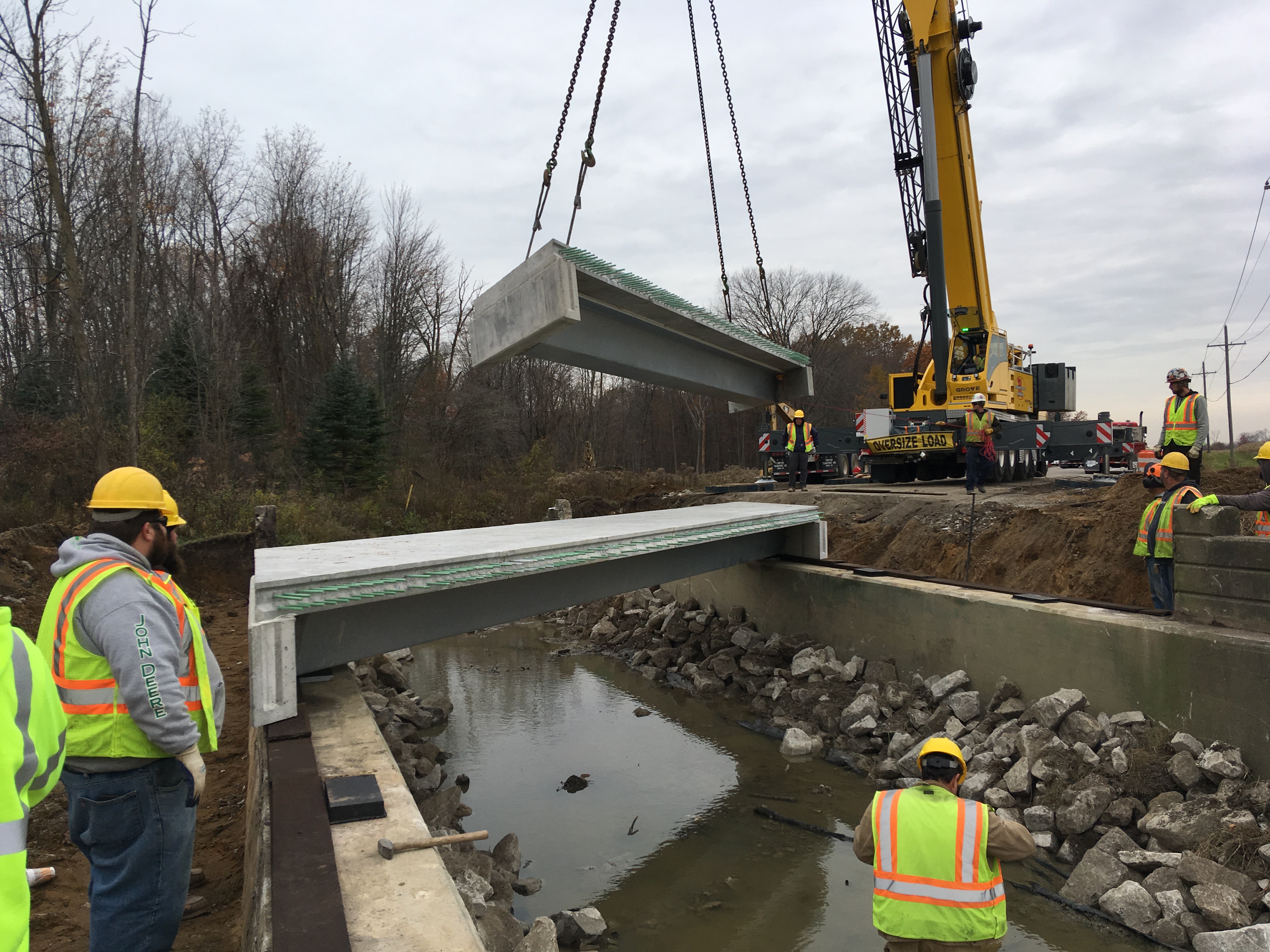 Originally built in the early 1950s, the steel beam bridges were designed for H-15 loading and had reached the end of their long 60-year-service lives. The existing beams for both bridges consisted of hot-rolled W18 wide flange sections, 18 inches deep. The entire bridge cross-section depth, including concrete deck and overlays, totaled 2'-4.5".

The traffic detour route for each bridge closure included seven miles of gravel roads and more than 15 minutes out of the way for drivers, so SCRC considered options to expedite the schedule for a full-closure construction project. To reduce the duration of the construction closure and reduce costs, it was imperative to utilize and rehabilitate the existing abutments, requiring the new superstructure to match the existing superstructure's weight and depth. SCRC also wanted to maintain constructability by county maintenance crews. The best option for SCRC was the press-brake-formed steel tub girder bridge system, which allowed the team to meet all of these goals. 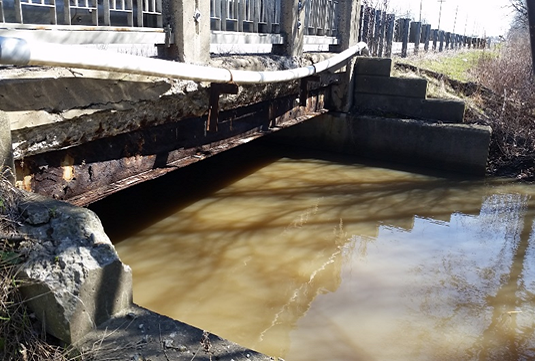 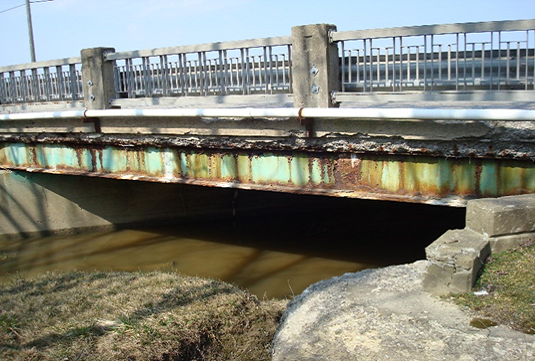 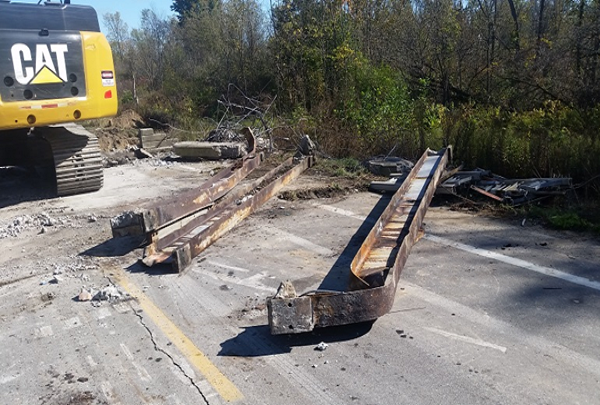 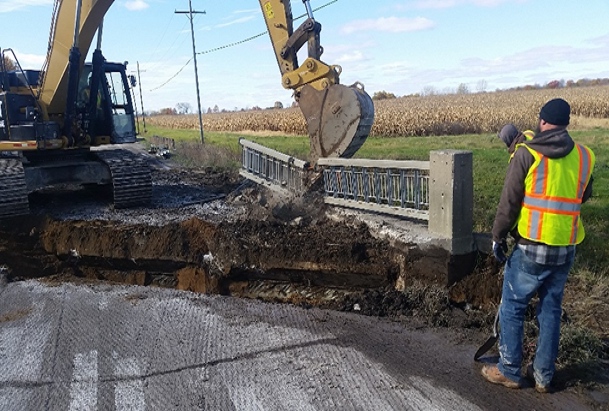 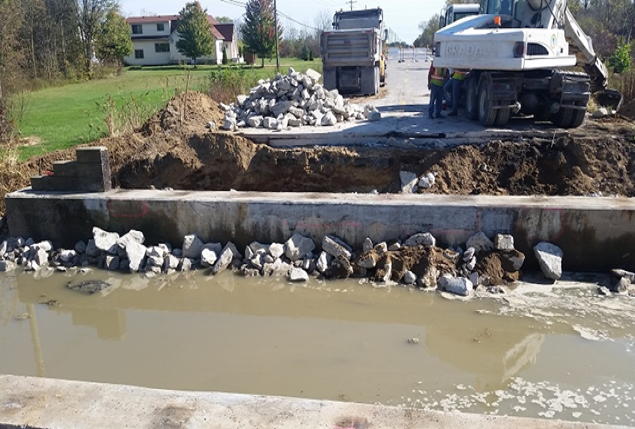 The Con-StructTM press-brake-formed steel Prefabricated Bridge System was chosen for its light weight, adjustable depth, low cost, integral backwalls and ease of construction. Con-Struct consists of a precast concrete deck on galvanized steel tub girders. The superstructure was prefabricated by ADL Systems in Portland, MI who provided a quality, cost-effective final product. The Con-Struct Prefabricated Bridge System was designed for the required HL-93 (MOD) MDOT live load and met all applicable MDOT and AASHTO design criteria. The 8” thick precast concrete deck was overlaid with a thin epoxy overlay which provided the final driving surface. The galvanized steel tub girders were designed to be 18” deep, providing a total superstructure thickness of 28”, which closely matched the depth of the removed superstructure. The Con-StructTM superstructure was also manufactured with integral backwalls which allowed of no substructure concrete to be cast in the field and expedited the installation schedule. 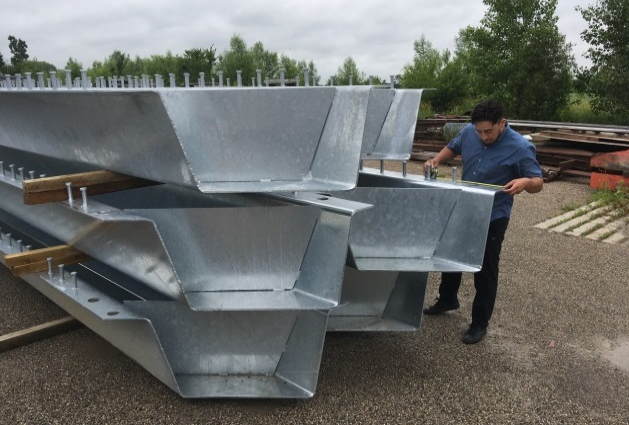 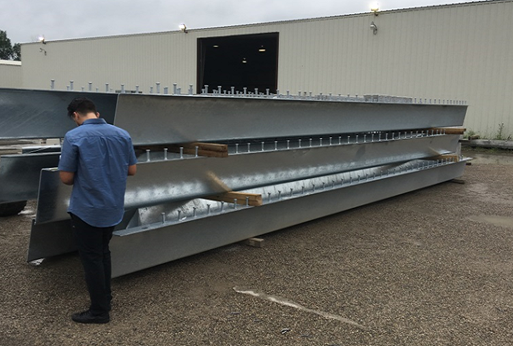 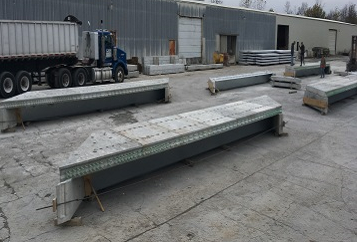 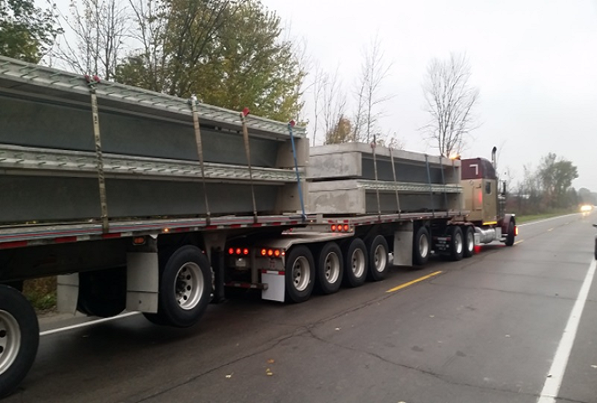 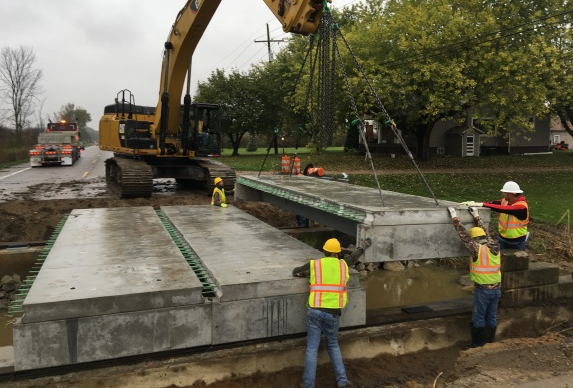 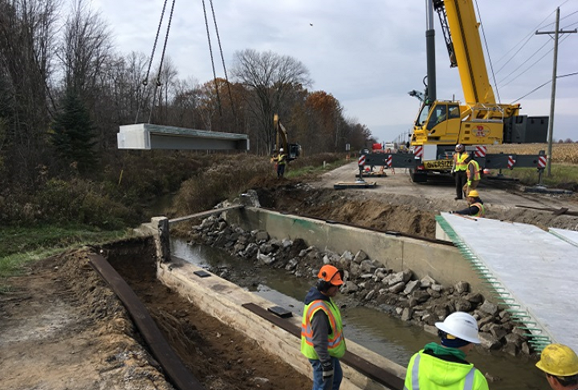 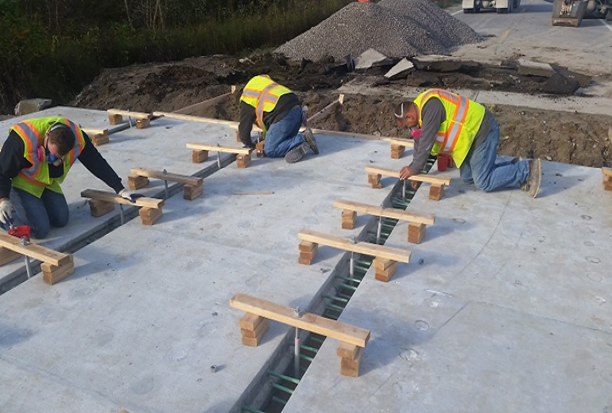 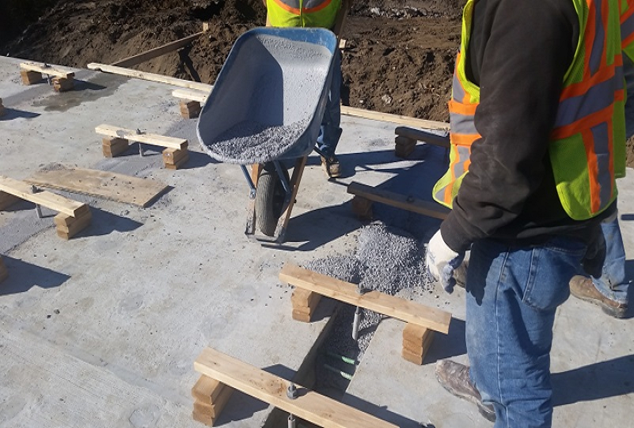 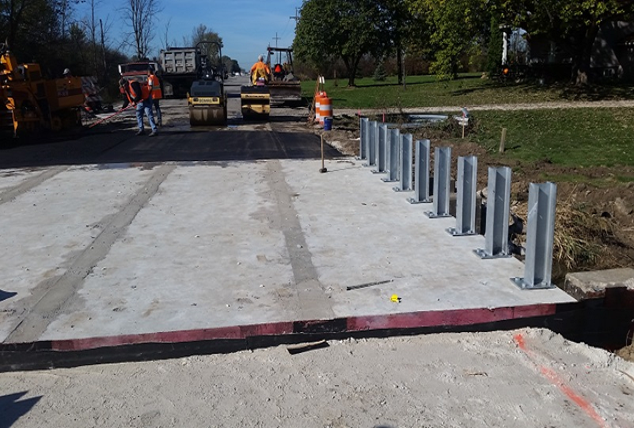 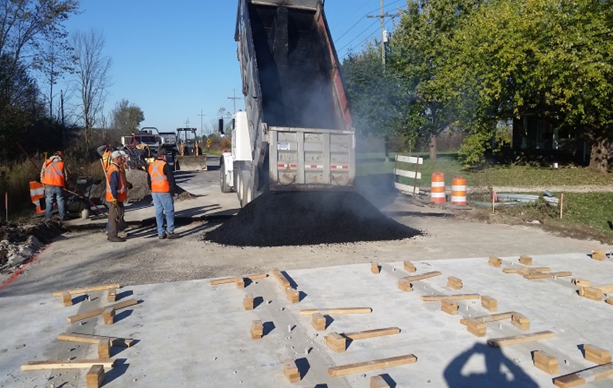 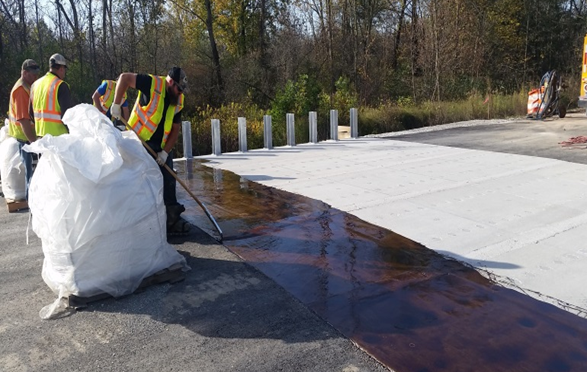 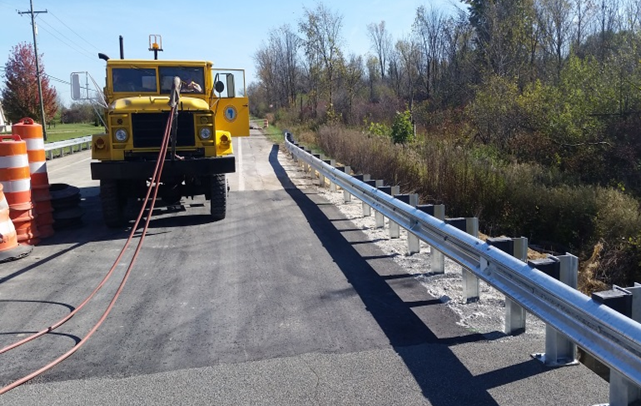 Over the next three days, the roadway approaches were paved with asphalt, and the drainage ditches in all four quadrants were regraded and seeded. Guardrail was installed on the bridge deck utilizing anchor bolt holes that were precast into the Con-Struct™ bridge deck fascia units. The St. Clair County Road Commission was able to successfully replace these two deteriorated bridges in just over a week by using innovative prefabricated structural elements. With the use of the Con-Struct™ Prefabricated Bridge System, this project provided a new structure with a service life of over 60 years that is sustainable, cost-effective, aesthetically pleasing and environmentally friendly. 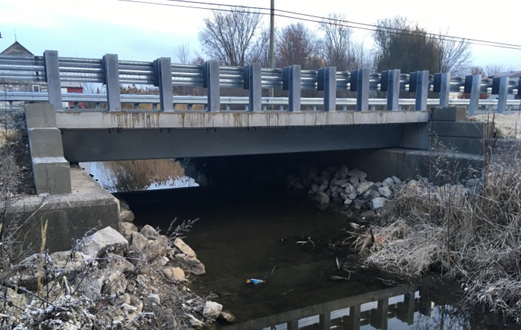 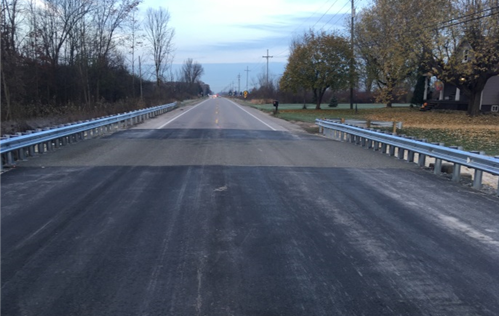 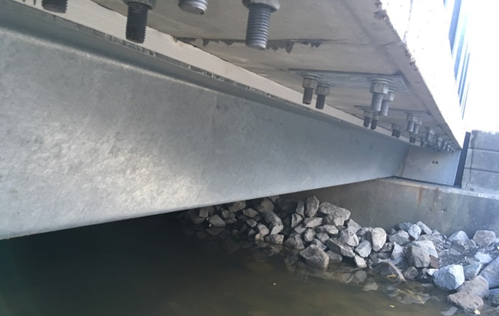 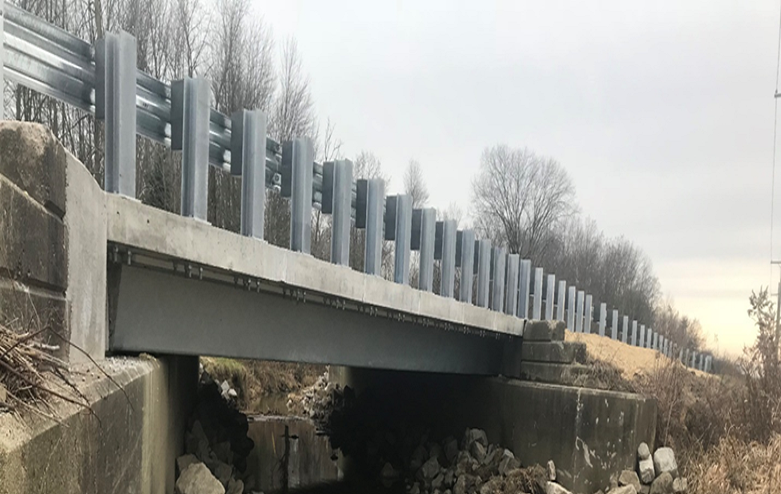 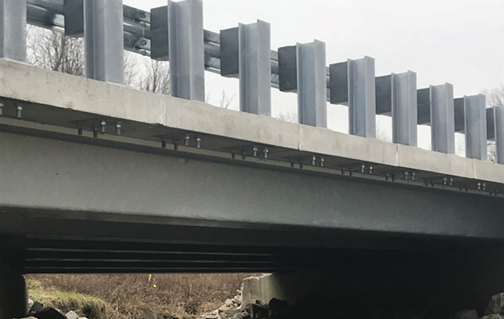 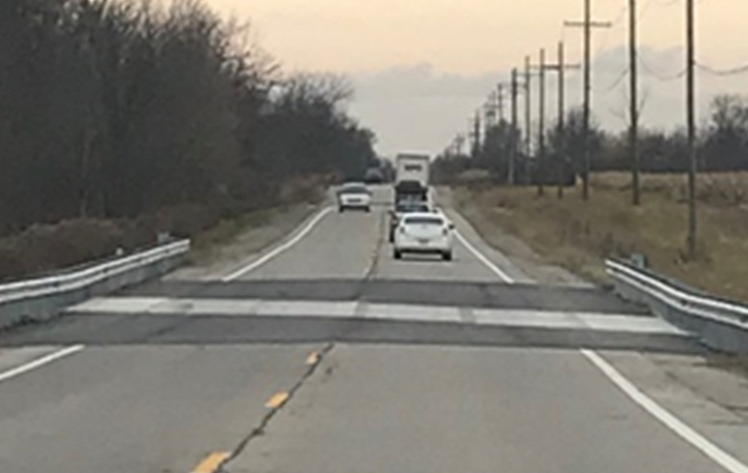