When the County of Bexar Public Works Department needed to replace the deteriorated Ira Lee Road box culverts over Salado Creek, they also needed to increase the flowable waterway area provided by the five (5) box culverts. Due to the increased volume observed in recent years, a 150’ long, 3-span bridge, utilizing standard AASHTO Type IV prestressed concrete I-beams was specified. The county was approached by the award contractor with an alternative superstructure that would not only increase the necessary waterway area beneath the bridge by 20”, but also reduce the construction schedule by up to 45 days. 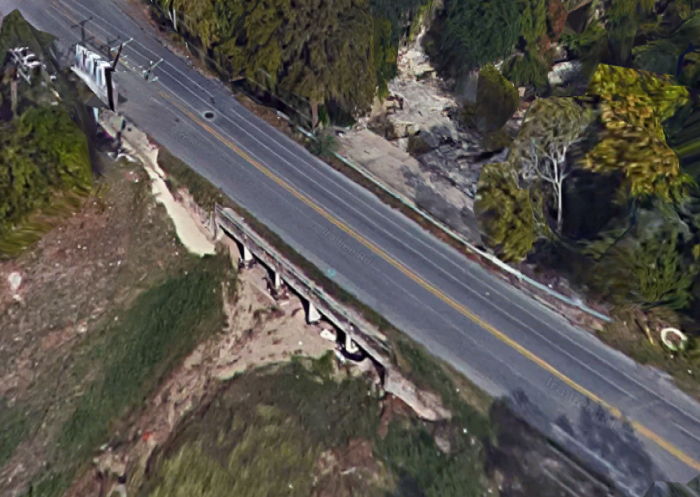 Con-Struct™ was designed for the required AASHTO LRFD HL-93 live load and to meet all applicable TxDOT and AASHTO design criteria. The 8” thick precast concrete deck was provided with a tined final driving surface. The 52’ span galvanized steel tub girders were 18” deep, providing a total superstructure thickness of 28”. This shallow superstructure depth allowed for an additional 20” of clearance below the bottom of girder. 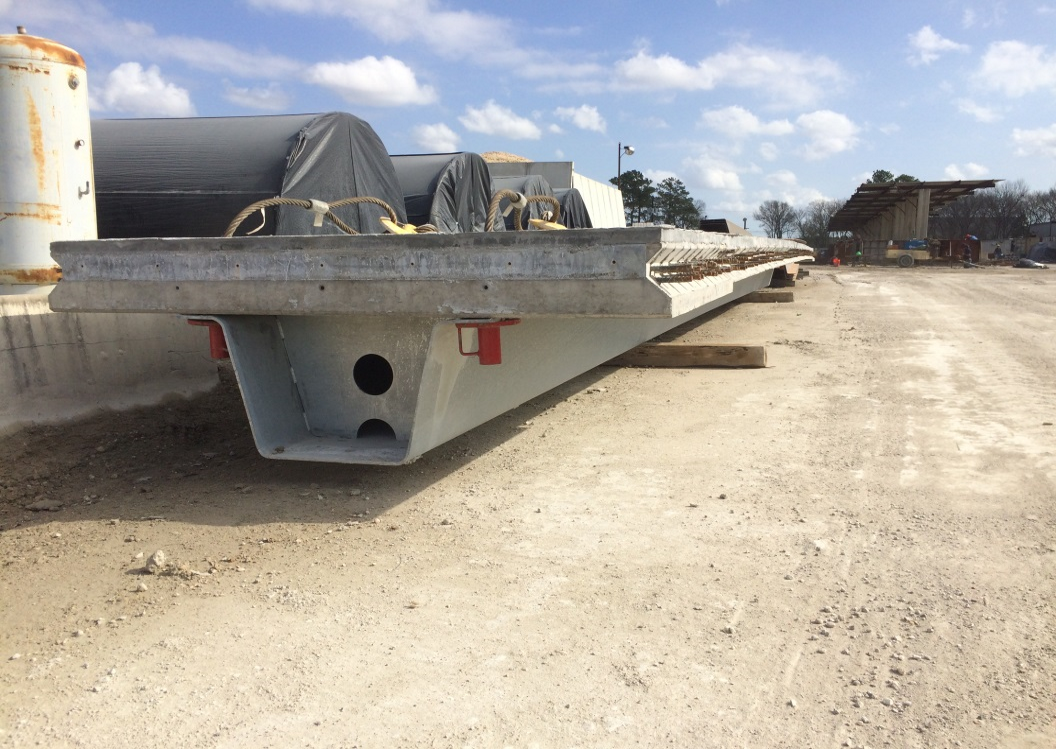 The superstructure was transported to the construction site on standard individual truck trailers. Each 52’ long by 7’ wide unit weighed only 21 tons and required only a single 150 ton crane for erection. The (16) Con-Struct™ bridge units started to arrive at the job site by 7:00 a.m. All units were set in place by 2:00 p.m. the following day. Once set in place, high strength, non-shrink cementitious grout was placed in the keyways between the bridge units to create one continuous 56’-4” wide concrete deck. 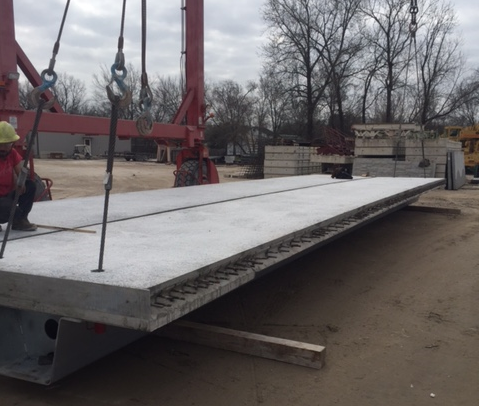 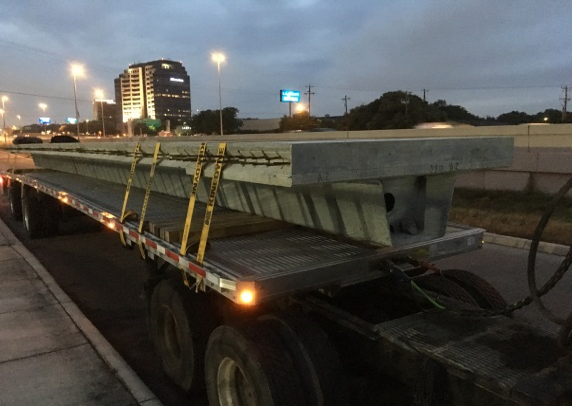 With the sidewalks and barriers formed and cast, over the next few weeks the bituminous approaches will be paved and the final riprap placed in all four quadrants. The County of Bexar Public Works Department was able to successfully replace the existing deteriorated bridge and avoid costly rain delays by using innovative Con-Struct™ galvanized press-brake-formed steel bridge elements. With the use of the Con-Struct™ Prefabricated Bridge System, this project provided a new structure that is sustainable, cost effective, aesthetically pleasing and environmentally friendly. 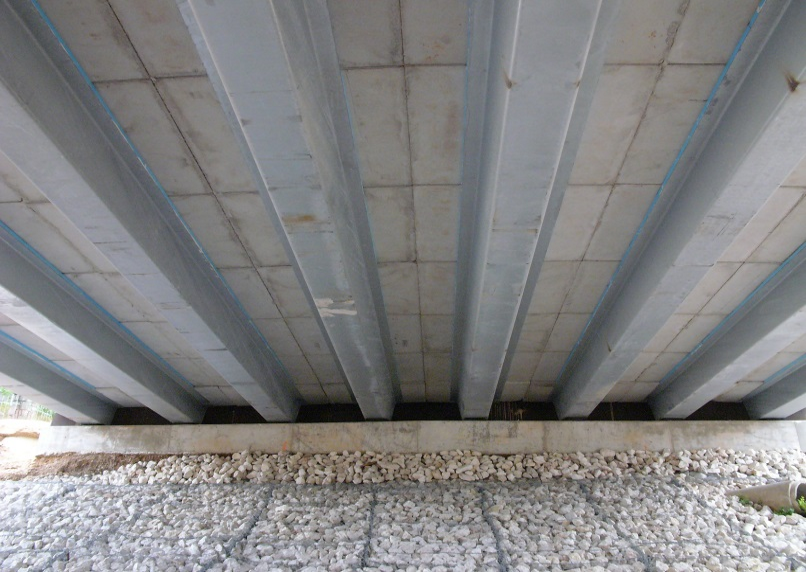 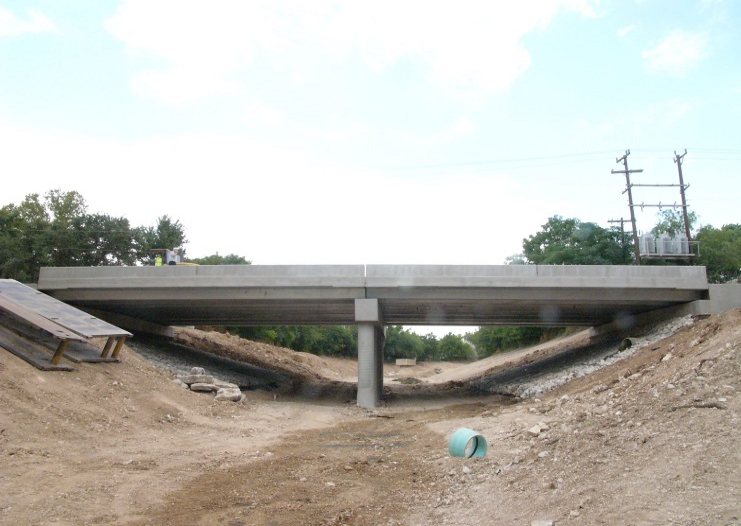 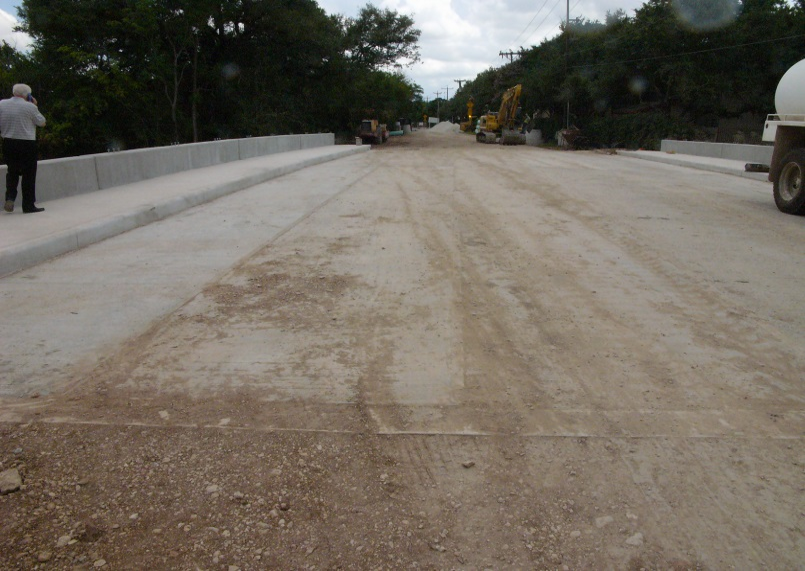 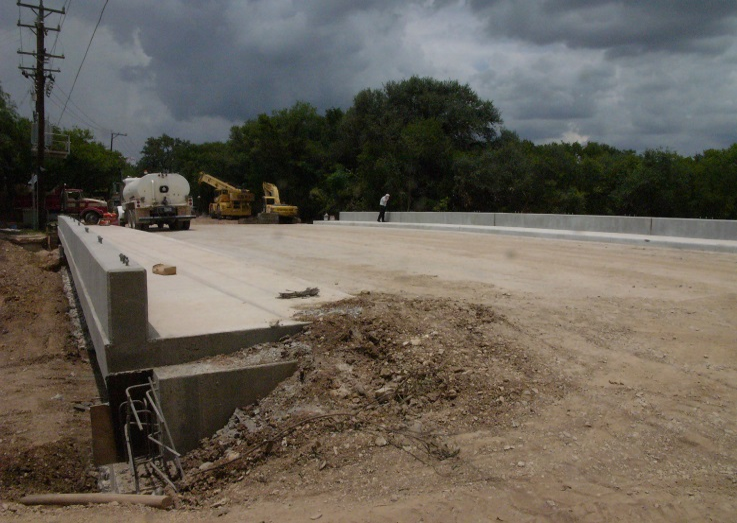